The movie “Attack of the 50 Ft. Woman” was released on May 19, 1958, and starred Allison Hayes as rich socialite Nancy Archer, William Hudson as Nancy’s husband Harry Archer, and Yvette Vickers as Harry’s mistress Honey Parker. It followed an earlier movie with a similar theme entitled “The Amazing Colossal Man,” which was released on October 25, 1957.

This black and white film combined two disparate characteristics, on the one hand it had awful special effects (even for the time), but on the other hand it had an enormous impact that is hard to overstate. It introduced fantasies involving a woman growing to enormous size into the mainstream consciousness.

Beforehand, perhaps the only media featuring a female character increasing in size was Disney’s 1951 animated adaption of “Alice in Wonderland.” I’m not aware of any earlier movies featuring a growing or giant woman. Furthermore, I do not know of any female comics character during this era with the ability to grow. DC Comics villain Giganta was first introduced in 1944; however, she was initially just a circus strong woman. Giganta did not yet have the power to increase her size. Marvel, known as Atlas Comics at the time, had no size-changing ladies. (Their first, Wasp, was not created until 1963, and initially she could only shrink to insect size and return to normal. It would be decades before she would be depicted growing larger.)

The movie jumps right into the action from the very beginning. It starts with a KRKR-TV news report of a strange red fireball flying around the globe. The newscaster predicts that it will soon be over the California desert. (It was rather odd that he was able to so accurately predict its course, maybe that was supposed to be sarcasm?) That fireball turns out to be an alien spacecraft. (In a later, and bizarre, scene the newscaster mocks Nancy’s report of the alien which causes Nancy to lash out at her TV.) We then meet Harry and Honey and listen to them discuss how it would be better if Nancy was dead.

Nancy encounters the alien, twice, and the final meeting ends after the giant alien steals her large diamond necklace off-camera. As the movie progresses, characters speculate that the alien uses large gems to power his interstellar vessel. Nancy grows to an incredible size after her close exposure to the strange being, yet we were not privy to the process.

There’s an scene in which the sheriff is following the giant footprints made by the alien and runs over a footprint with his car, which I found humorous as I think such carelessness would damage important evidence. 😉

Newly enlarged Nancy seeks out her philandering husband and finds him hanging out with his mistress. In the process of tearing the roof off the bar and seizing Harry, his mistress Honey is killed by falling debris. Tragically, our beautiful giantess is eventually killed after the local sheriff shots a nearby transformer. Thus, our heroine perished along with her no-good cheating spouse.

Nancy repeatedly yells “Harry” and that got old, really quick. On the Turner Classic Movies site one user stated that this movie should have been titled “Where’s Harry?” Also, while we hear Nancy, we never see her lips move.

As a fan of transformation, I prefer 1959’s “The 30 Foot Bride of Candy Rock.” It has a barn scene in which the titular protagonist at least talks about growing, although no visual effect was used. That’s compared to this in which the growth took place entirely off camera. Furthermore, 30 Foot Bride has more giantess scenes.

This film has been replicated numerous times. American pay TV service HBO remade this film in 1993. (And I will definitely review that version soon!) Animated TV shows such as “Super Friends,” “Teenage Mutant Ninja Turtles,” and “Totally Spies!” produced homage episodes. Other inspired films include 1995’s “Attack of the 60 Foot Centerfold,” and 2011’s “Attack of the 50 Foot Cheerleader.” There was even a theatrical version. The above poster has been recreated many times, below are just a few examples: 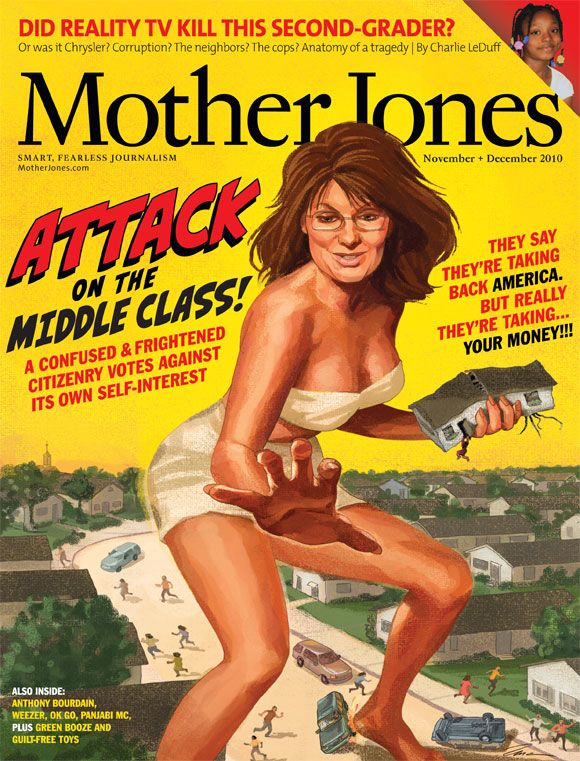 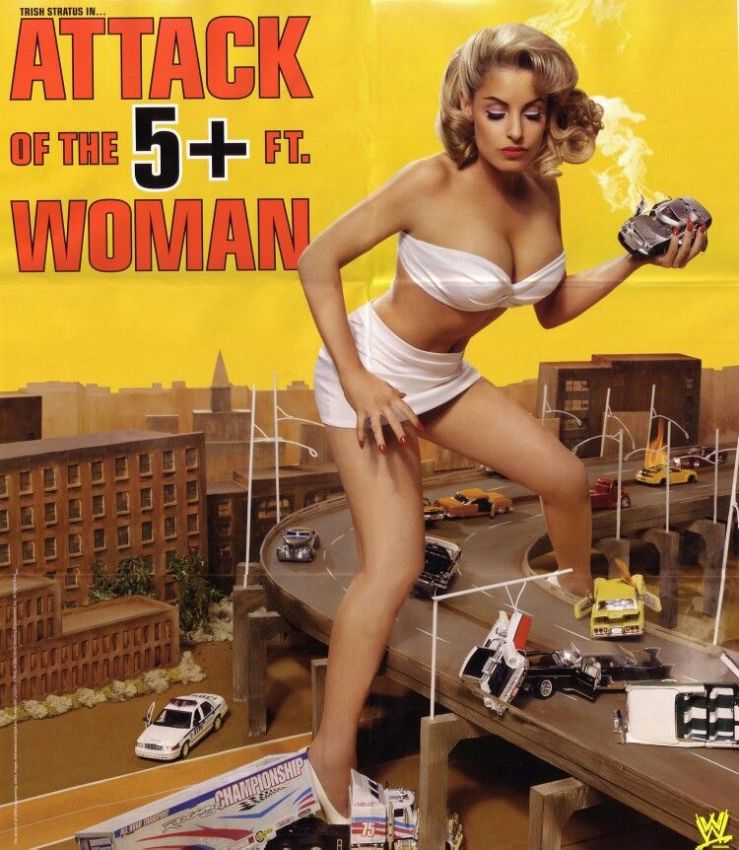 It’s interesting to consider how the giant and growing women fetish would look if this film had never been made. Folk tales and legends of giantesses already existed, such as the Baltic Neringa. However, those stories were not widely told. Accordingly, I think that in a world without this film there still would have been macrophilia material, but not to the extent that we have today. For that, I owe the creators of this film my most sincere appreciation.

You can watch it for free at the Internet Archive: https://archive.org/details/AttackOfThe50FootWoman

P.S. Scenes from this movie (along with The 30 Foot Bride of Candy Rock) were used in Neil Finn’s “She Will Have Her Way” music video, released in 1998.