Sihagen has been active on DeviantArt for more than two years and produced a number of sketches and finished art. His subject matter is diverse and portrays both men and women as giant-size and tiny. One of his creations which mixed the bondage and giantess growing themes caught my eye so I commissioned him to draw the cover for my story, “By the Rising Moonlight.” I was very happy with his work and highly recommend his commissions. 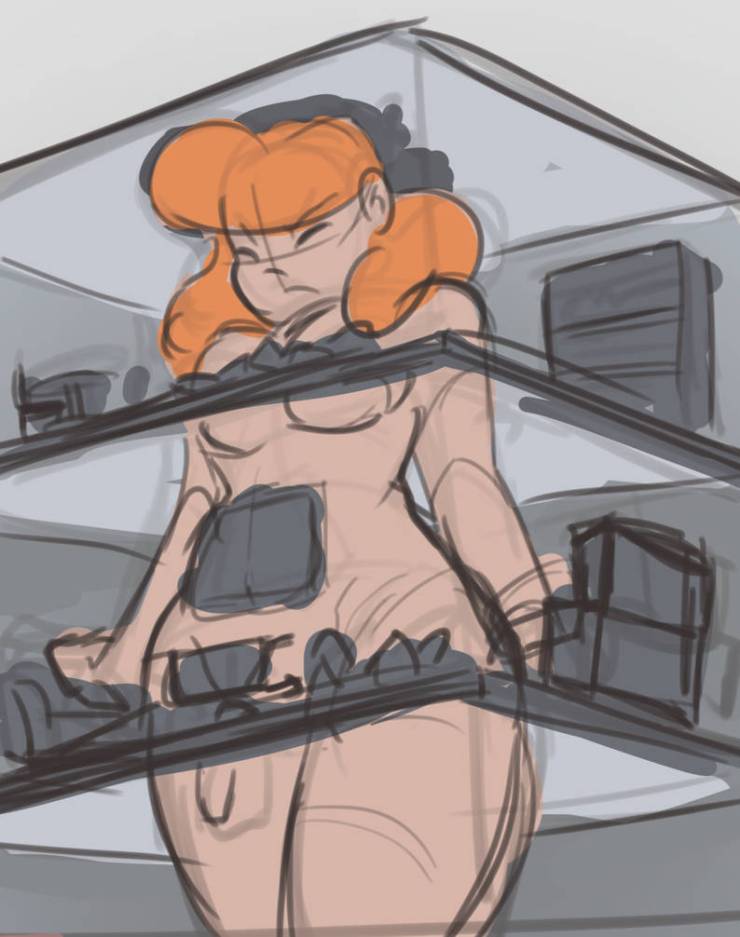 Hello! My name is Sihagen and I’ve been drawing size art on and off through out the 2010’s, but finally committed to making an art account for it back in 2017. I was always the ‘art’ kid growing up and it has always been a big passion of mine, with my main influences being cartoon, anime/video games. I eventually started to learn how to draw properly and began working on my content with my own style. One day, I hope to get into the animation/video game industry.

Besides that, Mixed Martial Arts or MMA is another big passion of mine. I use to do wrestling and Jiu-jitsu and just fell in love with grappling techniques and studying how to improve on them. A goal in my bucket list is to compete in a grappling tournament or compete in one MMA match.

I remember stumbling on a site called VGGTS in early-mid 2000’s and I think that just flipped some kind of switch in my brain. It made me aware of a size community, and I would go on these MSN/Yahoo groups to find out that other people were into the whole ‘giantess’ stuff. There was also another site called GTS depot that I thought kept a really good record of some size stuff that happened in shows, mostly anime.

For a while, ‘giantess’ content was the only thing I was into. Over the years however, I learned to love other types of size content and eventually started to include male giants into my art.

As far as I am aware, they don’t know the specifics, but they can definitely tell something is up. If it were to ever come up, I would like to think I would be brave enough to admit it directly. But I’ll cross that bridge whenever the time comes.
I do have folks that use to know me in my college days that knows about the ‘sihagen’ account. It’s been….interesting, to read the reactions. But all of them so far has been pretty positive.

#4) What are a few of your favorite size-fetish works from other creators?

Can’t think of a specific piece, but I can definitely say artists that have my favorite size artists. Chibibiscuit, TheEnglishGent, and Geoligar were my first inspirations to drawing size art before I started this account.

#5) I enjoyed images such as “Out of the house” and “The Red Shirt” which tell a brief story through multiple panels. Have you ever considered creating a full comic with several pages?

Thank you!
And I have! I would love to make a a short full comic involving Sam and Samuel and their usual size changing shenanigans. It’s one on of my ‘things to do’ that I can hopefully do before the end of 2019.

#6) How would you describe your drawings? What inspired the creation of the Sam and Samuel characters?

People have described them to me as ‘wholesome smut’ and I think that pretty much describes my drawings. I was always into the gentle side of size content, but I also wanted to explore some ideas that weren’t safe for work.
Sam and Samuel were created to explore those ideas. They are characters that can be involved in the ‘every day life, but with size difference’ or the not safe for work side of size art. Their back stories are vague, so I can come up with countless ideas for them.

#7) What are the future plans for your Patreon effort?

Honestly, I would love to have my Patreon become a hub for my comic ideas, if I ever make them. Or have them become a ‘commission based’ type of Patreon. But it’s still up in the air. I’m happy with where it’s at, but I also want it to expand more. Still trying to figure the ‘how’ part though.

Thank you so much for this interview!

Thank you Sihagen for telling the world a little about yourself and your art! Readers can check out Sihagen’s work at Patreon, Tumblr, and on Twitter!

2 thoughts on “Interview with Sihagen, an artist of ‘wholesome smut’”