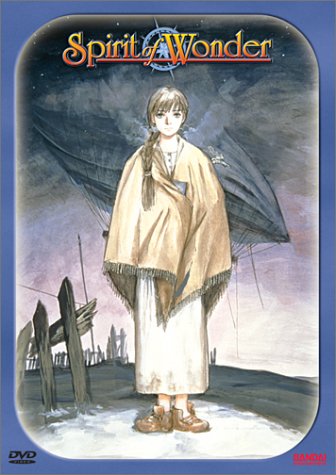 Years ago, I stumbled upon a short excerpt from a Japanese animated film. That excerpt depicted a tiny woman who grows to normal size and then much larger! It came with little explanation, beyond the fact that it was taken from an animated film entitled “Spirit of Wonder.” 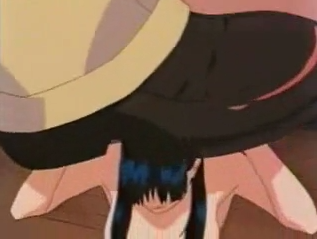 I was left to wonder if there was more to the story portrayed in that sadly too brief, but still amazing, short. Thus, I sought out the source. And find it, I did!

Japanese manga artist Kenji Tsuruta (鶴田 謙二) first published Spirit of Wonder in the pages of Kodansha’s “Weekly Morning” in 1986. Weekly Morning is a seinen manga magazine aimed at young adult men. Spirit of Wonder was later published in Kodansha’s “Monthly Afternoon” until the series ended in 1996. The series takes place at an unstated time in the past (presumably the Victorian-era) and has a steampunk aesthetic.

Original Video Animations (OVAs) of the series were made in 1992 and 2001. Shrinking of Miss China was one of those shorts from 2001. 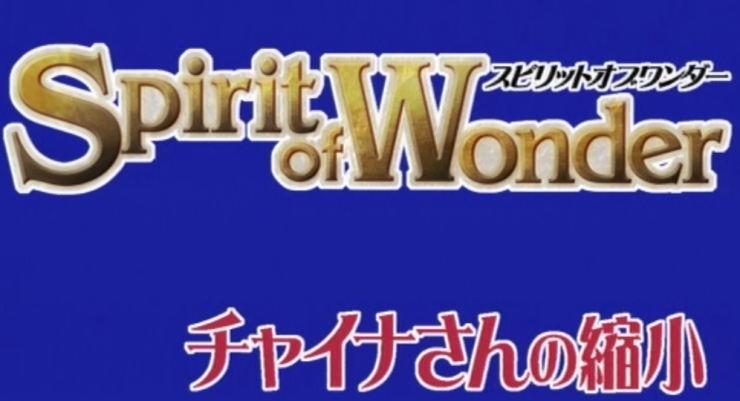 (SIDE NOTE: The Scientific Boys Club involves a group of gentlemen hoping to visit Mars, but they are helpless without the genius of Windy, the wife of a young club member. I love how Windy outshines scientists many decades older than herself! With her aid, they succeed and voyage to the red planet. Planet of Miss China also involves a trip to Mars, but in a more abstract manner. Bottom line, I was entertained by all of them!)

Miss China owns a restaurant in the English port town of Bristol. The story begins when she breaks down the door to a room rented by Dr. Breckenridge, a delinquent tenant who spends his money on inventions instead of rent. Miss China is accidentally exposed to Dr. Breckenridge’s cellular shrinking machine. She begins to slowly shrink over time while Dr. Breckenridge and his assistant Jim Floyd struggle to find parts for an enlarging machine. (NOTE: Unfortunately, the clip does not provide any background and throws viewers into the middle of things without set-up or explanation. Thankfully, the DVD liner notes provided the necessary context. I have not seen the 1992 OVA, but I assume that it establishes the characters.)

Miss China manages to keep up her spirits while dealing with the adversity caused by her diminishing stature. Eventually, she is restored in size. (And a bit more to boot!)

Sadly, the narrative ends abruptly with Miss China outgrowing and thus wrecking her beloved restaurant. (NOTE: She does not march through the streets of Bristol as a sexy nude giantess. More’s the pity 😥 )

This particular story line is not continued and Miss China is normal-sized in Planet of Miss China with no mention made of her former status as a woman of exceptional height.

Overall, I highly recommend the Shrinking of Miss China. The entire DVD features fantastic and whimsical tales, and interested parties should be able to find copies at a reasonable cost. As of early March 2020, English-language copies sold for $19.99.

1 thought on ““Shrinking of Miss China” from “Spirit of Wonder: The Movie””