The Reducer is an author of gentle shrunken women tales with a pen name chosen while watching an episode of the long-running British science-fiction TV series “Doctor Who.” Reducer started posting shrunken women stories in the mid-1990’s on the original Shrunken Women forum. He first published his writing for sale in 2018. Furthermore, he was also interviewed by Sally Bend last year on her blog “Bending the Bookshelf.” She then reviewed Reducer’s “Fourth of July Doll.” He is still active in size-fetish forums and posted complete stories, such as “Doorway,” in the Shrunken Woman sub-forum at Giantess City. On DeviantArt, Reducer recently posted an enjoyable short story called “Toilet Paper Hoarder.” Fans can follow the Reducer on DeviantArt and Twitter. Also, he appears at Size Con and Boston area meet-ups.

#1) Can you tell the readers a little about yourself? For example, a post on CuriousCat states that you drive a taxi cab in central Massachusetts. I’m curious, what is your perspective on the proliferation of ride-share services like Lyft and Uber?

I was born, raised and still living in the Central Massachusetts area (Worcester County) but as much as I might complain about the Commonwealth I do love the area. Plus I’m close to my three children (two girls and a boy – all grown and proud of each of them & what they’ve done in their lives.) I didn’t take any courses or study to be a writer nor planned on it. It just happened when the forum runner of the original Shrunken Women Forum put out a plea for more content. So I’ve been writing as a hobby since the mid-1990s or so.

Rideshare services haven’t really impacted my area too much but I do see some cars around with the light-up signs & stickers in their windows to advertise them when they are coming up to you. The biggest problem I see is the reputation some of them get based on things done by some in other parts of the country or world. You’ll hear about rape or such and it throws a bad light on the industry as a whole. I’m not going to knock it too much because I know one or two people that do the rideshare for extra money.

#2) You previously mentioned that the 1963 film “Captain Sindbad” was your first exposure to tiny women. Can you give examples of more modern films that also inspired your work?

I haven’t seen too many modern movies that are themed near the shrunken aspect of the community. I heard & saw the trailer for Downsize with Matt Damon but I was told to avoid it. I would have to say the closest to modern would be King Kong (1976). It did touch something in me when the stills came out showing that the finger pushed Jessica Lange’s top down exposing her. I was fourteen at the time so the hormones were ranging. Another would be The Incredible Shrinking Woman (1981). It did take the concept of seeing a person shrink and her clothes not to a new level. But a lot of the old movies from the late 30’s to 50’s really hit more with the shrinking.

Some, but not what it is about. I’ve told them gradually that I write erotica and leave it to that. I came out more about it after each Size Con I’ve been to and that has been three so far.

#4) Given the quarantines and social distancing due to the worldwide spread of the Coronavirus disease 2019 (COVID-19), are there games or films you could recommend for those stuck at home?

I’m divorced so I’ve been practicing staying at home long before COVID-19. But I do play regularly DC Universe Online and Star Trek Online for the PS-4. On my Amazon Fire tablet, I play The Simpsons Tapped Out and Puzzle Page (great collection of crossword, sudoku, picture cross and more). On the movie side, I’ve picked up Rise of Skywalker and been watching it plus the bonus features. I’ve been thinking of getting the Harley Quinn movie because I love the character and it looks good. Mostly, I stream off the CW app the Arrowverse shows. I do recommend Batwoman. The show has been well written and they’re not beating you over the head about Kate’s sexuality like they did Alex on Supergirl. I like when it grows naturally like you see in other relationships.

#5) What are a few of your favorite size fantasies from other creators? I know this is a difficult question and your answer, like everyone else’s, can change over time. Nonetheless, I shamelessly include this because it serves as awesome feedback when other creators read that folks like their work.

I’ve read so many over all these years. But I love Sally Reynolds (Fourth) and her stories (my favorites is Slumber Party and A Little Stage Magic). Dr. Minimizer (The Minimizer) is another one who has been doing stories for as long as I have. I’ve done a character on DCUO based on one of his characters in his book – Metamorphosis: Lady Hornet (Bruce H. Graw). Great superhero book with a shrinking heroine. I think I was promoting his books at Size Con 2020 more than mine because we were sharing a table.

Newer people are Scidram, Taedis, Tina Tempest and Amber Collins are on my list for reading or to be read after buying. I subscribe to Shrink Fan Comics (https://www.shrinkfan.com/) because it has great art & stories. But if there are shrinking women in it then it is for me.

#6) How would you describe your stories? Can you briefly describe the tales included in “The Reducer’s Realm: The Vault is Open” collection?

Most of my stories are gentle love stories between the shrunken woman and the man who finds her. I try to stay with the gentle stuff because I see so many rough stuff in roleplay requests or some stories. I like to take the “what if” aspect of a story or an idea. If I see something, I wonder what if this happens if she shrunk. The Vault is Open is a collection of almost all my stories that I had in paperback form for Size Con. So if you like ebooks, please pick it up on Amazon (amazon.com/author/thereducer). Fourth of July Doll (reviewed by Sally Bend) is about a guy who writes shrunken women erotica on the side (sounds like me) and finds out that one of his fans works with him. She’s taken a shrinking potion and they spend the weekend together. Land of the Giants – Revisited was written around the time that they were starting to do reboots of old TV shows. So one of the stars has a fan visit and he’s a big fan who turns into a BIGGER fan with a slight twist at the end. Attack of the Puppet People – Georgia Lane is a “what happened to” story. In the movie, we saw what happened to Sally Reynolds and Bob Westley but none of the other puppet people. So I hoped I filled in the blanks in a way. There are sixteen stories total in the book from the beginning of my writings to as late as 2018.

#7) Are there any upcoming projects that you would like to mention?

I don’t have any plans right now but that never stops me when an idea demands to come out like Toilet Paper Hoarder. I saw the picture and knew I had a story to attach to it. The artist loves the story and she is a sweetie to chat with. So just keep an eye out for any new stuff. But I will plug Size Con. I’ve been to the last three and if it wasn’t for the first one I went to in 2017 I would have never gotten the courage to take the step into publishing my work. If you’ve ever felt like you’re weird for liking shrinking, growing, and/or expanding of the human body and thought no one else out there would understand, then you need to come to Size Con. I’ve met some of the people I’ve know for years online there in person and made some new friends. You’ll come in shy and timid but once you feel the rush of welcome you get from everyone you’ll be asking when is the next one. I’ve felt that way and always feel that way. There are local meetups that in some places are starting. In the New York/Jersey area and up in Boston, we have semi-regular meetings. Just watch for announcements on various areas. I usually announce when I find out about the Boston ones. 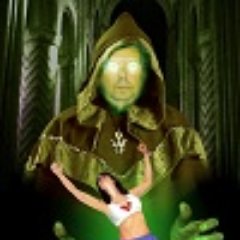 Thank you for doing this interview!

2 thoughts on “Interview with the Reducer, a Writer of Gentle Tales involving Shrunken Women”