Let me be clear, I also do not support the evils of child pornography, human trafficking, or rape.

However, if size-fetish creators bear any responsibility for the actions of one web site they use then they should research every site they use. 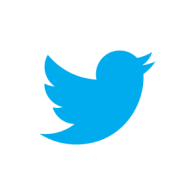 Twitter, for example, also has serious problems. It has been used by extremists to claim responsibility and garner support for their terrorist attacks. East African jihadist fundamentalist group Harakat al-Shabaab al-Mujahideen (a.k.a. al-Shabaab) used Twitter during the September 2013 Westgate shopping mall attack in Nairobi, Kenya. Furthermore, a 2017 op-ed written by Anne Cameron Cain and Beatriz Gonzalez in the New York Times accused Twitter of providing support and resources to the Islamic State of Iraq and the Levant (ISIS) which resulted in the deaths of three people. The American micro-blogging and social networking service has also been used by white supremacists to spread hate. The ColorOfChange.org called out Twitter for enabling Jason Kessler, the organizer of the 2017 white supremacist “Unite the Right” rally, to use their service.

So, let’s now apply the same logic for Twitter that Ryuki110798 did for PornHub. Despite the hardships that may arise from boycotting Twitter, until it improves and ensures that it no longer benefits from those who advocate racial inequality, commit acts of terror, and murder innocents, it’s best we find alternate platforms to support our favorite not safe for work (NSFW) content creators. (SIDE NOTE: I chuckled when I stumbled upon “not safe for wife” as an alternative breakout for NSFW. I thought NSFW meant “not safe for work,” but I reckon that not safe for wife also applies to some folks 😉 )

Patreon also has issues. YouTuber Suzy Lu has been accused of posting unedited anime videos to Patreon and making thousands of dollars per month from those copyright violations. (NOTE: I would be shocked if Suzy was the only person making money by placing stolen material behind a paywall at Patreon.) Furthermore, on the Medium website, Abe Gaustad claimed that Patreon was still being used, as of May 2019, to provide funding for white nationalists and Holocaust deniers. Lastly, one Patreon user, the “SgInstaBabes” founder, was accused of hitting on underage girls.

In April 2002, the video game Kaboom: The Suicide Bombing Game (a.k.a. Kaboom!) was posted on Newgrounds. A November 2008 article in The Telegraph by Matthew Moore reported that Kaboom! had been condemned by terror victims. Nonetheless, as of late July 2020, the game is still online at Newgrounds, albeit in a modified form.

What am I getting at?

To make an analogy, say my best friend is looking for a babysitter. He tells me:

“Hey Solo, I hired this guy called Jeffrey Dahmer to watch my kids tonight while my wife and I watch a movie at the cinema.”

I’ve heard messed up stuff about Jeffrey Dahmer! So, I reply:

“Listen up my friend, Jeffrey Dahmer is an evil dude. How about you call this guy I know, John Wayne Gacy? He even has his own clown costume.”

(NOTE: For those unfamiliar, Dahmer and Gacy are infamous American serial killers.)

It would be unethical to recommend John Wayne Gacy before researching him. I do not want to send my best friend from one murderer to another, both are likely to hurt his kids. 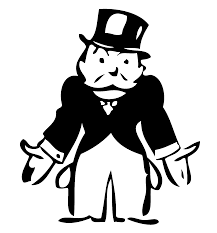 Now, we’ll consider the monetary aspect. This year has been financially difficult for many people. Unemployment in the United States of America reached 14.7% in April of this year, according to the U.S. Bureau of Labor Statistics. That was the highest level of unemployment experienced over the last 25 years. Since April the level has been reduced, but it was still over 10% as of late July 2020. To further put this in context, the unemployment rate was under 6% for the last five years, before the economic downturn caused by the coronavirus disease 2019 (COVID‑19) pandemic.

Creative people have not been immune to this economic downturn. I’ve seen size-fetish artists struggle to pay their bills during the last two months. I won’t provide names, because I do not want to embarrass people. However, I will note that some have been laid off and asked for donations. They have posted emergency announcements offering to provide commissions in exchange for money to pay for their medication refills. They have discounted their works hoping to earn enough to pay for overdue rent. Bottom line, many are struggling.

What I am stating is that everyone should be assumed innocent until proven guilty. If we don’t push for such then members of the size community might also have their works pulled from platforms before they are found guilty.

During my research, I found a few tweets denouncing Exodus Cry: 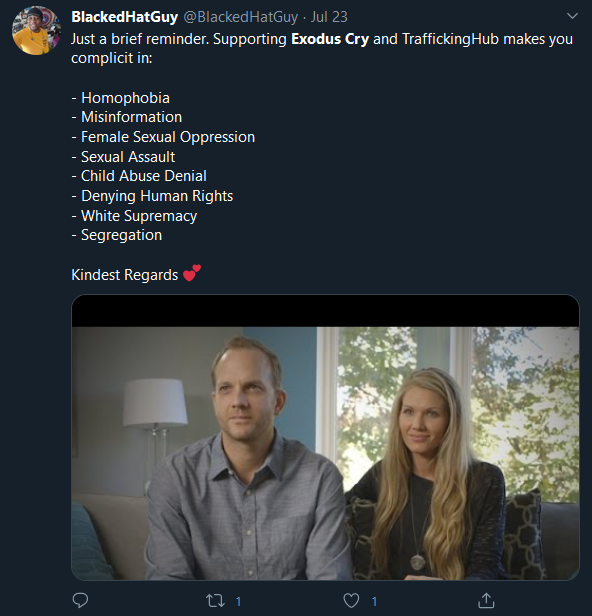 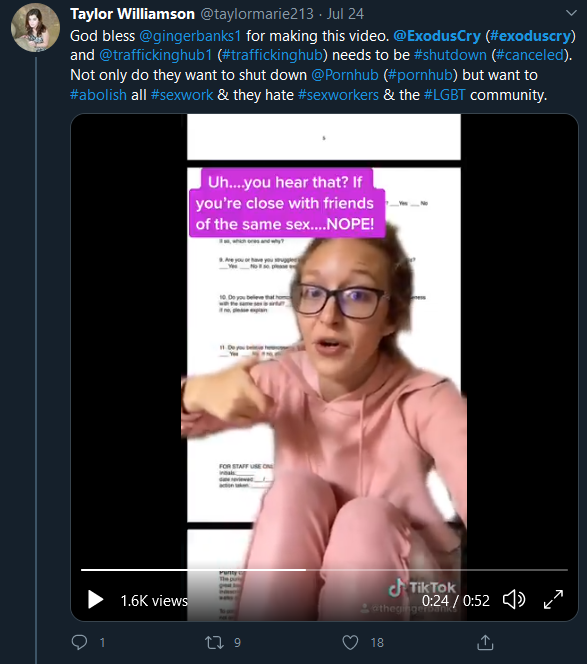 At the official Exodus Cry web site there is a page dedicated to the “Abolitionist Pledge.” Part of that pledge calls for people to affirm the following: “I believe that ending demand for commercial sex, including pornography consumption, is the key to ending sex trafficking and prostitution.” Based on that pledge, it is clear that Exodus Cry is against any and all consumption of NSFW content.

So, what does all this mean? Well, to be completely clear:

This criteria is unachievable. It is impossible to prevent “accusations.” A person can accuse someone else of any crime they want, without evidence. Can they prove their accusations? Maybe, maybe not. But making an accusation and proving an accusation are two different things.

The blog will be returning soon to regularly scheduled reviews, but I just had to write about this topic. I hope that this post wasn’t too lengthy, but somethings needed to be said. That task now completed, I will be switching back to my normal content. Until then my friends, keep growing!

ColorofChange (2017) Twitter has a white supremacist problem. Retrieved from https://act.colorofchange.org/sign/twitter-has-white-supremacist-problem

Gaustad, A. (2019, May 8) Patreon Still Being Used to Fund White Nationalists. Retrieved from https://medium.com/@abegaustad/patreon-still-being-used-to-fund-white-nationalists-eddaae933c1f

Halley, J. (2020, July 15) The Siren Song of Exodus Cry: Read this before you jump in bed with Traffickinghub. Retrieved from https://medium.com/@justinethalley/the-siren-song-of-exodus-cry-d507a594c05d

5 thoughts on “Size-Fetish Creators and the Potentially Problematic Platforms they Use: “Are We the Baddies?””