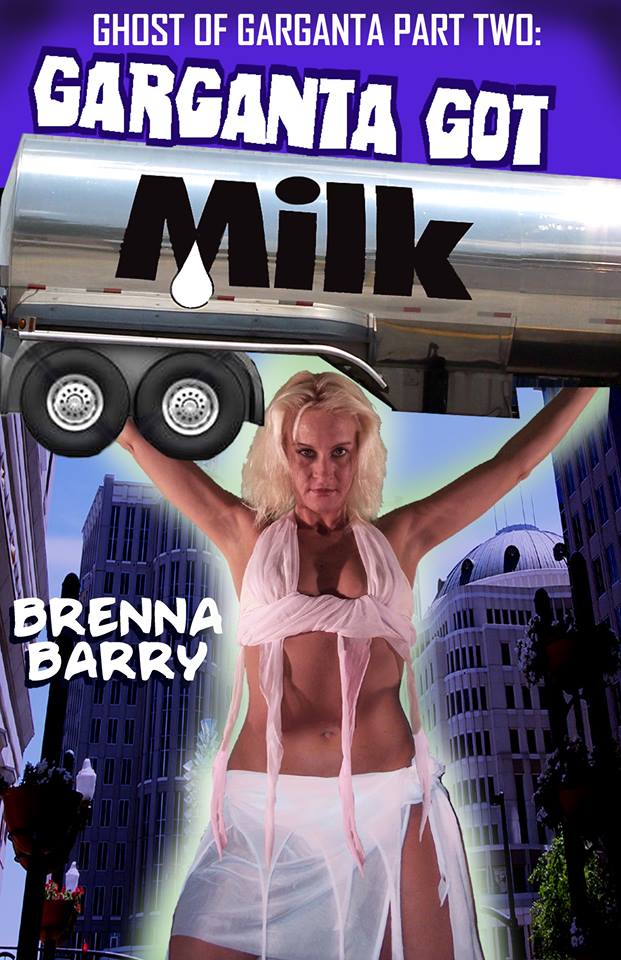 This 40-minute long video, released in 2017, was directed, edited, produced, and written by Bill Black. It’s a sequel to “The Ghost of Garganta,” which I reviewed earlier this week.

The film begins with a dream sequence in which a young lady is attacked by a giantess. Things get interesting when it’s revealed that the giantess is the same person, albeit sans eye glasses, as the young lady.

Afterward, we watch scientist Dr. Felix Farb try to contact the alien Solopticus.  Meanwhile, after sleeping in the swamp, Garganta wakes up and seeks out some breakfast.

Later, we learn that Harrison had another mistress, receptionist Tawnee Langford played by Marielou Mandl. She used his ill-gotten money to buy a new car and jewelry. Apparently, Harrison cheated on both his wife and mistress Yvette. Yvette and Tawnee fight, complete with ridiculous sound effects. In the end, Yvette knocks out Tawnee, and Sheriff Pudwell arrests the thieving receptionist. He also takes her purse full of the stolen money.

Meanwhile, Dr. Farb convinces Garganta to go to his laboratory by promising to feed and protect her. This is partly an effort to lure Solopticus, the alien who transformed Dr. Heisler into Garganta. Additionally, Dr. Farb wants to learn the secret of the growth process in the hopes of winning fame and glory. Garganta also wants the ability to change her own size at will which might lead to fun growth sequences in future movies. Unfortunately, the only growth in this film is re-used footage.

Later that night, Dharma Farb awakens from another dream in which she is stomped upon by a giant version of herself. Then she spots Solopticus’ space ship hovering outside her house and watches it fly away. With that, the movie ends abruptly.

Like the three previous Garganta movies, this has no hero or protagonist to support. The giant podiatrist was wronged by her husband, but she has already killed him. Garganta is still seeking vengeance against her husband’s mistress Yvette, but it’s hard to feel sympathy after we have seen Garganta kill several innocent people. She explicitly states that she “doesn’t give a damn about humanity.” This series would benefit by giving viewers a good character to root for and making us care about the events shown.

I recommend this movie to fans of evil giantesses and anyone wanting to see a giant woman stomp around central Florida. If you don’t own any of the Garganta films, then I suggest that you just buy this one. This is the longest single film and includes a lengthy recap, over 8 minutes long, of the Amazing Colossal Woman. Furthermore, this doesn’t have the annoying “SOLOPTIVISION” post-processing.

You can purchase this on DVD from eBay, where it was $11.95 plus shipping as of 21 February 2019. Surprisingly, the Nightveil Media web site does not sell this in any format.

The end credits state that the titular giantess will return in “The Vengeance of Garganta.” However, no projected release date was given. Additionally, the DVD extras, specifically under “Making of Milk!”, include an interview with Nicola Rae (a.k.a. Nikki), who played Dharma Farb, and a teaser for “Colossa.” In Colossa, Dharma will become a giantess and fight Garganta.

I contacted Bill Black before finishing this review. Mr. Black stated that he still intends to make the next Garganta film, which he called “Revenge of Garganta,” and the Colossa movie. However, he needs to finish “Scarlet Scorpion” beforehand. 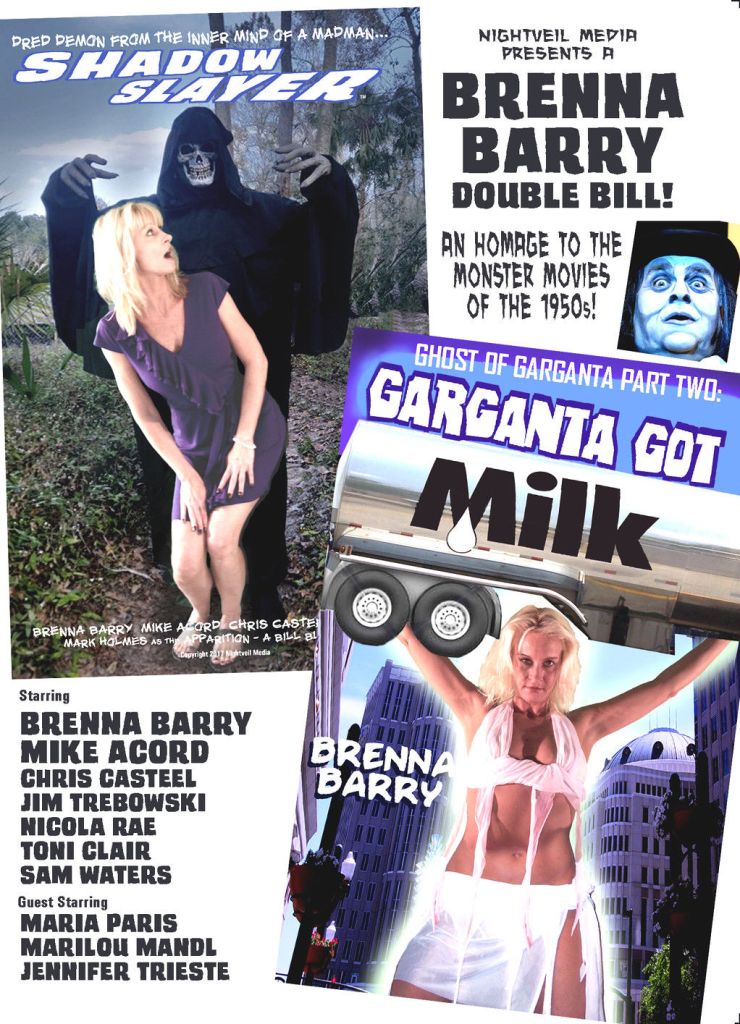