(NOTE: This review was requested by ocaballeroc on April 15, 2020, in the comments section of the Growth Dreams “Shoe Growth Fantasy 2” review.)

Recently, I happily acquired two new action figures based on characters from an obscure film produced by Walt Disney productions. The film in question is “The Black Hole” and it was released in 1979. The characters themselves are the robots “Old B.O.B.” and “V.I.N.CENT.” The Black Hole is far from perfect, but it left an indelible mark on me as a child and thus I was overjoyed when I heard that these figures were being made.

Perhaps if such an obscure space opera from the late 1970s can receive new merchandise in 2020 then there is hope for the obscure fetish that is macrophilia to receive mainstream attention? Not token and dismissive articles from junior writers, but an effort to produce quality content with significant financial support! 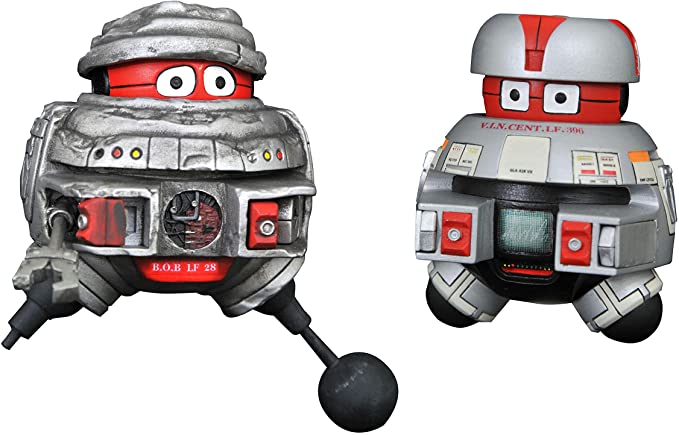 That said, let’s turn to the subject of reviews.

A new week is upon us, and I have two review requests left outstanding. Accordingly, I’ve decided that this is the time to clear the queue. Let us begin with the first in a series of videos entitled “Shoe Growth Fantasy.” (NOTE: There are three clips in this series. I already reviewed the second one months ago.) 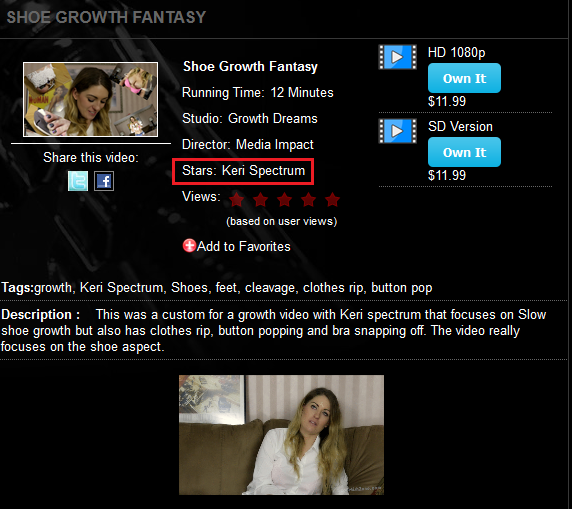 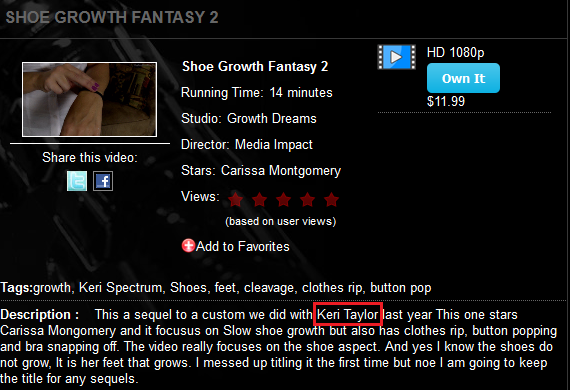 The action begins with our protagonist watching a Growth Dreams video in her living room. She claims that the video is sexy and that it is arousing her. (NOTE: Her tone is one of boredom and conspicuously at odds with her dialogue.)

She then opens an envelope. A letter inside states that a band also included in the envelope will grant two wishes. She promptly puts the band on her wrist and wishes to be a foot taller.

After the first growth spurt she is dissatisfied with the end result and promptly wishes to grow even bigger so that she might burst out of her bra and new pair of shoes. She subsequently proceeds to outgrow her attire, but not the pasties covering her nipples unfortunately.

Overall, this is a decent growth video, but not great and not particularly notable or special. However, if readers are still interested, then they can purchase Shoe Growth Fantasy for $12.48 ($11.99 plus $0.49 for a hidden download fee) at the following link: https://www.fetishlands.net/pages/video/6188

I intend to post the next review, covering “Shoe Growth Fantasy 3,” on Thursday morning. Until then dear readers, stay safe and keep growing!