Ready Art drew this comic while Ragnarok385 wrote its dialogue and story. (NOTE: The PDF consists of the color version with a new story by Ragnarok385, another with the original story by Ready Art, and an art-only edition.) Each is seven pages long with multiple panels.

The plot is simple. Doctor Susan Lee designs a prototype mutagenic carrier / super-soldier serum, which (allegedly) looks like chocolate. Rebecca Smith is the first human to try the formula, albeit unintentionally. Then the doctor is exposed to a laser that initiates her own transformation. Both women outgrow their clothes. And the story ends after Dr. Lee discloses that she works for the government.

I enjoy the depictions of people, but wish that they had some backgrounds. Like, any background at all would be nice. As it is, events take place in white featureless settings.

Environmental details are useful to determine just how tall and large characters become. For example, check out the following two images taken from the pages of Giantess Club’s “For Science.”

The next chapters in the Growth Lab series contains more growth sequences, along with a threadbare narrative. We are told the names of new characters, but we don’t learn anything about their motivations or personalities.

In Growth Lab 2, Sherri Summers also inadvertently eats some of the formula (maybe they should have secured it) and slowly grows. Sherri spreads the condition to her sister Anne like an airborne pathogen, and Anne passes it to a female police officer. At this point, we’ve seen growth from ingestion of the formula, from a laser (in Chapter 1 it struck Dr Lee), and from close contact. Sherri gives it to her sister Anne by sitting in the same car. Also, Naomi and Kristen enter Dr. Lee’s laboratory and are exposed to the growth catalyst.

Then in Chapter 3, Kristen has been reduced to her normal size and is being questioned. She is taken to see Naomi, and the stress causes her to begin growing. However, a telepath, apparently they exist, (somehow) prevents Kristen from growing. Later, a private uses a handheld energy damper, apparently that’s a thing, to (somehow) control growth and now I’m struggling to understand the rules of this universe. 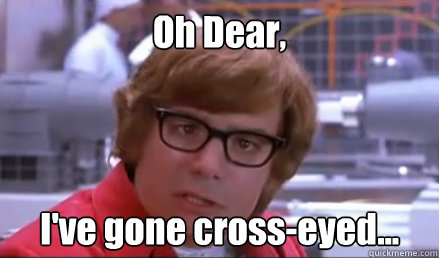 Basically, I think the Growth Lab series is just an excuse to draw people outgrowing their clothes. Which, to be honest, I enjoy. As I noted in my last review, I love ripped clothes. That said, I would like a more robust narrative, some backgrounds, and more detailed sex scenes in this series.

Over the years, Ready Art has produced thousands of sketches featuring men and women outgrowing their clothes. I appreciate how much free material he has provided for fans of macrophilia such as myself.

After registering for free at Ready Art’s site, www.readyartzone.com, you can view three (black and white) preview pages from Growth Lab 1 at this link. You can read the full color version by pledging $1 or more to his Patreon site, www.patreon.com/readyart