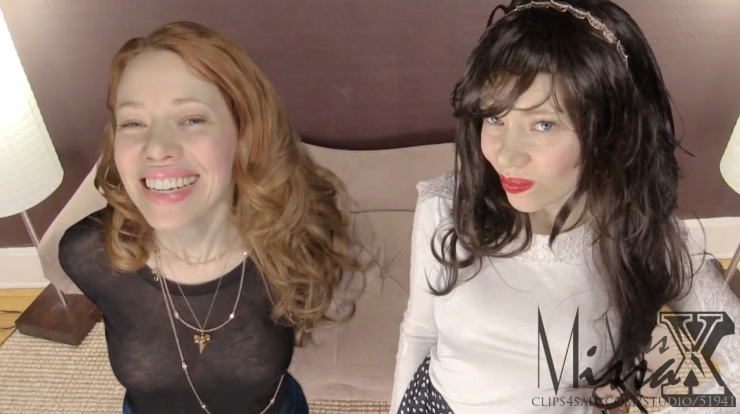 It’s been awhile since I reviewed a video produced by Miss MissaX. In fact, I’ve only done one so far, “Giant Sex II,” and that was back in December last year.

Therefore, it’s about time for another! Specifically, let’s all take a look at “Growth Race.” This 8-minute long video was released in February, 2014.

The action starts immediately with MissaX’s unidentified character asking what a man has behind his back. Apparently, the two women live in a ménage à trois (French for “household of three”) arrangement with the unnamed man. We never see his face; in fact, all we ever see of him is his left arm. However, we learn that he brought home a growth potion, which the two ladies take many drinks from while they attempt to outgrow each other. Sound effects were used as the ladies took the formula, grew out of their clothes, and eventually their house. MissaX was also enthusiastic in her line delivery. I enjoy scenarios, like this video’s plot, in which shorter-than-average people rapidly grow to incredible sizes. Also of note, MissaX’s willingness to go completely naked provided an air of realism, and contrasts to the unwillingness to film naked models, and use of unrealistic pasties, by studios like Gary Pranzo’s Growth Dreams. 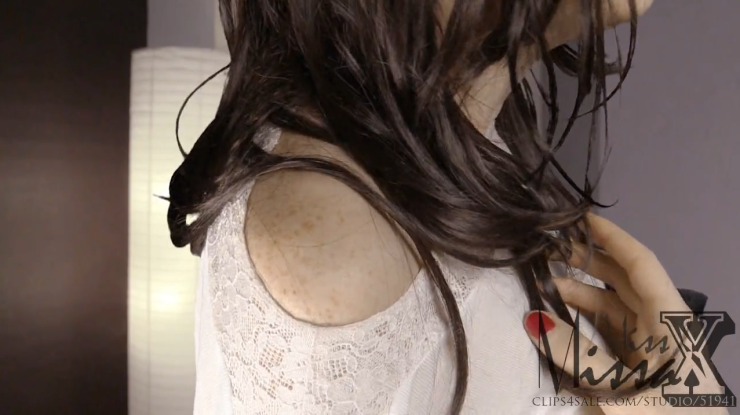 However, the dark-haired woman that she also portrays says very little, which feels odd. The man never says a word which feels even odder. It seems reasonable that the man might make a comment or two when his lovers grow taller, or when they outgrow the house, or when one outgrows the planet. At some point in that process most people would voice an opinion, as opposed to staying silent throughout the entirety. Thus, this clip would have benefited from another female actress with dialogue, and if the man had been more visible and vocal.

It wouldn’t hurt to actually name the characters also. The growth process feels rushed in the last minute of runtime when MissaX quickly outgrows her competitor and our entire planet.

Lastly, I would have preferred if a second actress had been involved instead of MissaX playing both roles. She has made videos with other women like Mandy Flores and Vivianne. Therefore, if she ever makes another growth competition video then I’d love to see it involve two or more actresses. (Dare I dream of a growth competition with three or more women?)

This appears to be the only growth competition video made by MissaX. She has several videos with women growing larger, but none others that feature two or more people outgrowing each other.

Of course, different studios have also made live-action growth competition-themed clips. For example, Growth Dreams “Jenni and Kendra Growth Games” and “Samantha and London Growth Competition,” which I placed on my “Top 10 Growth Dreams Videos” list. Additionally, Ginary’s Giantess Adventures produced a version with two men, “Dustin Steel & Cameron Kincade Try To Out Grow Each Other.”

I hope to see more giantess and growth-themed videos from MissaX, but I don’t know if that’s likely. Unfortunately, the last giantess clip she made was in August, 2015. Although, she did put together a compilation of numerous giantess clips in January, 2016.