Alyssa is a phone sex operator based out of Washington State. She has produced audio clips exploring size-fetish themes for many years. She also commissioned and wrote the script for a video by Candle Boxxx entitled “Full Moon Growth.” Her auditory stories explore fetishes like bimboification, female growth, futanari (women with penises), muscle drain, shrinking, unusual pregnancies, and more! There are a huge number of free samples available to get a taste for her performances. You can find her work at sites such as Bandcamp, Clips4Sale, KinkBomb.com, NiteFlirt, and Patreon.

Hi, I’m Alyssa, I’ve been doing audio erotica for close to 10 years. I started with phone sex and then started doing MP3’s for sale. I still enjoy doing both very much.

Nowadays I focus way more on making audios that are nearly professional level. I want to create a story that you can immerse yourself in, I hope that comes across in my files.

I actually studied video production in college and I could have gone that way, but since I work mostly with transformation fantasies, I realized that it wouldn’t only be easier, but also better to leave the visuals up to someone’s imagination and help people imagine their fantasies. Ever since I got into reading novels in high school I knew that someone’s imagination is way more powerful and better than any visual Hollywood effects.

#2) Are you originally from the Pacific Northwest? Additionally, Washington is relatively close to Alaska, the birth place of the world’s best blog owners. Have you ever visited the 49th State?

I’ve never actually been to Alaska but I’ve made a friend or two from there, up here in Washington. They’re great people those Alaskans.

#3) How did you first become interested in size-fetish media?

It started with Attack of the 50 ft Woman, the remake with Darryl Hannah, There was that infamous growth scene. I’m sure for most of your followers that recognize the movie, they wanted to be picked up by her, or toyed with by her, but for me it was seeing a woman exert her power and to have it come out in a physical transformation that seemed exciting. I wanted to be just like that, bigger and stronger. I also really wanted to feel the sensation of growing bigger and stronger. That’s why I primarily advertised as a growing goddess when I first started doing Phone sex.

Ludella Hahn has a clip in her store called Pump It Up. Most times fetish producers go for the rough aspect of muscle growth, they have another character there that gets beat up or hurt with her strength, but that clip she just reveled in her strength and power. She was still domineering, but it was more about her wanting to be stronger than she was rather than wanting to hurt someone and that was amazing.

Even though I deal mainly in fast growth, one of my favorites is Cheap Tricks and Domina’s Valley by BMTBGUY

There’s too many to list really but those are the ones that pop up in my favorites or I look forward to seeing more from. 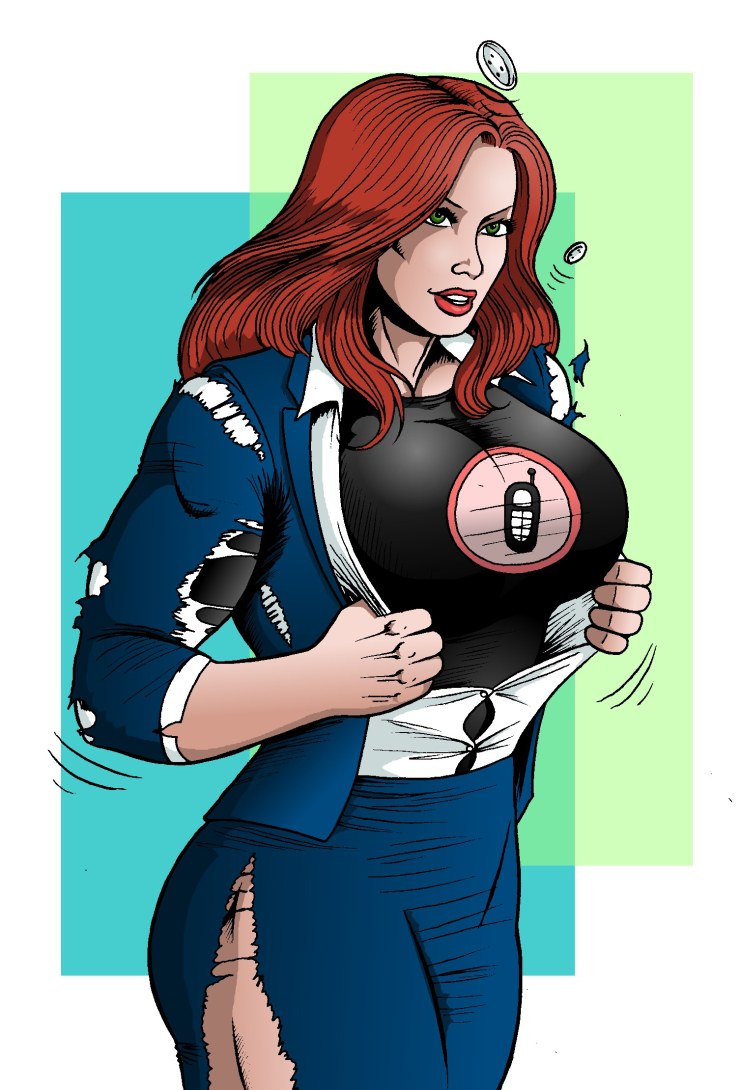 #5) Is it accurate to say that growing is your favorite fetish? Do you have a particular size that you imagine either yourself or other people achieving? For example, do you prefer Amazons (slightly taller than normal), fifty-foot tall giantesses, hundred feet tall macro-giantesses, or something else?

I’d say it’s more than anything about something that makes women appear stronger/more beautiful. One of my favorite threads on the Process forum is the Increased Beauty thread. Generally in my fantasies, Growth is a big aspect of that.

I think a proper size of a growing giantess is more about her ability to destroy. For a lot of my fantasies, that’s just large enough to just barely burst through the walls of the building she’s growing in. I like to imagine that moment of struggle right before the relief of being able to show off how strong she is. Once she’s big enough that it’s all too easy for her to do everything it becomes boring for me.

#6) Do you have a personal favorite clip that you’ve created?

I recently joined a few servers and message boards for voice actors, trying to get a more professional edge to my work. I recently collabed with another amazing voice actress who goes by the name Dorn in her Adult Ventures. I worked with her and did a mermaid queen and her slave clip, I then introduced her to the amazon TF fetish and we sat and wrote out a script for Cave of the Amazons. I’d say it’s probably the best thing I’ve done so far. And best of all for your readers, IT’S FREE! You can hear it here:

#7) What are the future plans for your Patreon page?

It’s my hope that in the future I’ll be making enough through patreon that I can hire other voice actresses or other editors to really put a professional finish and polish to my clips. I know of a few Editors, and Dorn is always down to collaborate, I’ve talked with a few others that would love to too, but I really don’t want to over tax them with projects, until I can pay them for their hard work. I also don’t want my patrons to get used to the idea of them being associated with my work until I can guarantee that I’d bring that level of awesomeness around at any time.

I also just wanted to say thanks for the interview and I hope that I have something that really scratches the itch of your readers, and if not I can always be contacted for commissions.

Thank you for agreeing to this interview! 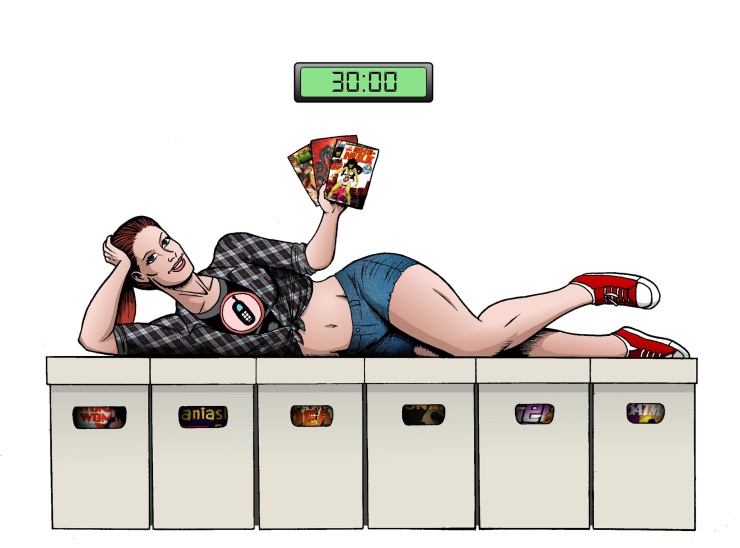 1 thought on “Interview with Alyssa the Comic Book Babe, an extraordinary audio performer”