I have a particular affinity for American comic books published in the “Silver Age,” from about 1956 to 1970. That was a time when super-heroes came back into fashion after they had become unpopular in the wake of World War II.

The Silver Age was the era in which most, but not all, of the well-known Marvel Comics characters were created. For example, the Fantastic Four, the Incredible Hulk, Spider-Man, Thor, and the original X-Men are Silver Age creations. (Other Marvel characters like Captain America and Namor the Sub-Mariner date back to the Golden Age.)

DC Comics during this period had many unusual stories. For instance, Superman’s friend Jimmy Olsen briefly married a gorilla (in Superman’s Pal Jimmy Olsen #98), Supergirl dated a man who was also her horse (the horse first appeared in Action Comics #292), and Batman once had the body of a four-year old child, but continued to fight crime as “Bat-Baby” (in Batman #147).

Also in the Silver Age, specifically in 1963, DC Comics published “The Amazing Story of Superman-Red and Superman-Blue!” in Superman #162. It begins with the titular hero using a Brain-Evolution Machine which makes him a hundred times smarter. (It also duplicates him, by the by.) The twin Kryptonians then restore the bottle city of Kandor to full size, find an antidote for green kryptonite, and erase crime and evil with an “Anti-Evil Ray” ❗

Obviously, the philosophical implications of an Anti-Evil Ray are immense. What about crimes in which people steal food in order to survive? Do those people now refuse to steal and thus die of starvation? What about people breaking unjust laws? Does “evil” meaning breaking the law? What is the precise definition of evil that this ray prevents? As one might guess, those questions are not examined. Rather, this comic merely details a series of increasingly unlikely circumstances. (NOTE: In a humorous fashion, roughly the same time that was devoted to the Anti-Evil Ray was also devoted to which Superman should marry Lois Lane and which Superman should marry Lana Lang.)

Nonetheless, I enjoyed the wacky tone and willingness to explore fantastical premises. If that zany comic sounds like something you might enjoy, then I think you’ll also appreciate Rob Classact’s “Meet the Eastings.”

Recently, Rob provided a download code so I could review Meet the Eastings. This comic is a 30-page short story which includes 12 full-page, color images. (NOTE: The text-only version can be read for free here.)

The story involves a man named Shelton Adams visiting his girlfriend’s family for the first time. His girlfriend, Keri Eastings, has a unique family. (Her close relatives each fit the definition of “unique” as “being the only one of their kind.”) Keri’s mother experienced an unexplained phenomenon which granted her the ability to grow at will. Further, Keri’s younger sister Sloane became host to a supernatural entity. Keri’s younger brother Tyler and his girlfriend Ioana had an incident overseas which now make them perpetually aroused and causes Ioana to increase in size every time they have sex. Another sibling, Kassidy, invented size-changing technology.

Plus, Keri herself has a peculiar condition which is demonstrated at the end.

The illustrations depicted nearly every aspect of several attractive female bodies, with the only exceptions being no genitals or nipples.

I can understand the lack of total nudity given the story’s setting, a young man meeting his girlfriend’s family. It would be odd for those family members to openly parade about fully nude and/or engage in sex in front of him. (Although, many of the women are nearly naked to Keri’s dismay.)

Regarding nitpicks, there was a line of dialogue in which Shelton says about Keri while talking to her sister Kassidy. “She’s Korean and y’all are white.” Thus, he already deduced that Keri was adopted into the family. Nothing wrong with that dialogue per se, but she didn’t look Korean.

There’s not a clean shot in which her face is clearly shown. She always has either a strong expression or we only see her back. So, maybe she was drawn as a person of East Asian descent and I just can’t tell due to the exaggerated emotions?

It would have been more impactful if she was clearly drawn as a different ethnicity than her family and thus would have provided a hint from the beginning that she was adopted. That could have put the question into readers’ minds. “Why doesn’t she resemble the rest of her family?” However, as Keri was drawn, Shelton could have said “She’s Turkish” or “She’s Ukrainian” and I would have thought “Okay, that’s plausible.”

That is not a major problem. As I described it previously, it’s just a nitpick.

Further demonstrating my pedantic nature, at one point Shelton refers to Keri’s mother as “Mrs. Eastings,” but later calls her “Ms. Eastings.” Technically speaking, the title “Mrs” indicates that a woman is married, while “Ms” is neutral and can be used for either single or married women. Keri’s mother is divorced and should be addressed as “Ms.” Of course, it is perfectly reasonable for a nervous young man to use the wrong title by mistake, and it’s possible that Keri’s mother retained her ex-husband’s family name after the divorce and prefers “Mrs.” 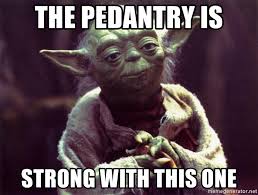 Regarding the art, I really like the pictures created by ZeroHour99. Furthermore, ZeroHour99 made a refreshing effort to actually depict an older woman displaying the physical signs of aging!

Compare that to other comics such as Giantess Club’s “Mrs. Turner” or Giantess Club’s “Red Pill: Legalized” in which readers are told that the women are older, yet they were drawn in the same fashion as twenty-year olds. Examples from those comics are presented below:

Regarding the characters, I love the protagonist Shelton Adams! His reaction to the Eastings and the way he interacts with Keri was refreshing. Overall, like The Amazing Story of Superman-Red and Superman-Blue!, this story has an offbeat tone and a fun willingness to explore fantastical premises.

Bottom line, this was enjoyable and I recommend it. Meet the Eastings can be purchased for $4.99 at the following link: https://rcwrites.e-junkie.com/product/1641480/Meet-the-Eastings (NOTE: This tale will probably remain a stand-alone as Rob currently has no plans for a sequel.)