Butre3004 is a 3-D computer-generated imagery (CGI) artist who has created many long-running series such as “Margeaux, would you eat me?,” “Plus Size Formula,” and “The Fragrance of Success.” Of those three titles, I think Plus Size Formula is my favorite. It concerns a short woman named Kylie who, after taking a Giantess+ formula, grows much taller than her witch roommates! Other comics created by butre3004 include, but are not limited to, “A Small New World” based on a story by STL, “Beach Game,” “Have we always been like this?”, and “The Change.” His stories can be purchased from his store at Gumroad or by supporting his Patreon pages. Fans can also follow butre3004 on DeviantArt for previews and the latest updates.

I’m Argentine and live in Argentina. I’m 32-years old, and my work in real life is in architecture. I’m an architect, but I mostly like 3d CGI.

When I was about 10 or 11 years old, I watched a lot of anime, and I remember an episode of Dragon Ball with a giant woman. This started an attraction to giant women within me. In my younger days, I loved drawing. I used to draw a lot of manga characters as giantesses. When I found the Giantess City forum, I took the new 3d stuff that some people were making for the forum. I also learned Poser when I was about 20. After that, I met another Spanish-speaking user on the forum: Ilayhu. He asked to buy my renders, and from then on I started making 3d comics. I think that I have to create in 3d all that can’t be created in real life (like dreams). So, I started creating a lot of voluptuous women, with physically impossible bodies 😋 Now, I’m more calm with my tastes and I’m trying to portray more realistic women in the growth and giantess stuff.

No, nobody in my real life knows. Only my family knows that I’m dedicating a lot of time making comics, but they don’t know the related stuff. It’s like I have two parallel lives.

#4) Are there games or films you could recommend for those stuck at home because of Coronavirus disease 2019 (COVID-19)?

I’m playing a lot of Call of Duty: Warzone, and I’m watching La Casa de Papel (“The House of Paper” in English, but also known as “Money Heist”) on Netflix and a lot of WWII documentaries.

#5) What are a few of your favorite works from other creators?

I really like the voluptuous art of Bmtbguy, The-Masked-Collager and his realistic renders, and Galiagan’s art too. 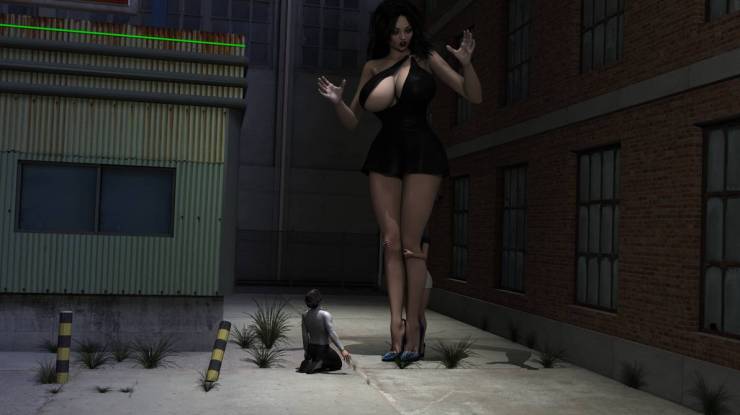 #6) How would you describe your art?

As I said before, I’m making a mix between normal women and voluptuous women. I depict many themes such as growth, giantess, micro, mini-gts, etc. I really like boobs, so many of my characters have big boobs.

#7) What are the rewards for supporting your Patreon? Also, you have two different Patreon pages. What are the differences between them?

The rewards on my Patreon sites are pack of comics, and occasionally I produce some animations. I have two Patreon pages to split the stuff into Giantess-related themes on one, and Growth- and Expansion-themes on the other. 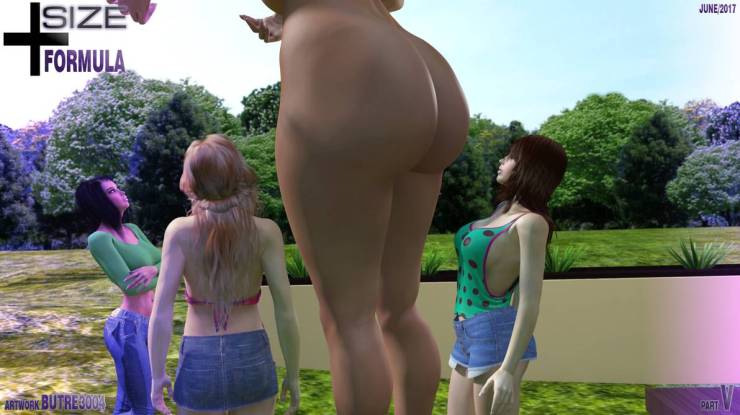 Thank you for this interview!

1 thought on “Interview with Martin Butre, a.k.a. butre3004, a CGI Artist Focusing on Giantesses”