“The Incredible Shrinking Man” is an American science-fiction film, with a runtime of 81 minutes, first given limited release on February 22, 1957. It predates other famous size-focused films such as “The Amazing Colossal Man,” released in October 1957, and “Attack of the 50 Foot Woman,” released in May 1958. I felt this was a good time to revisit “The Incredible Shrinking Man” as the 63rd anniversary of its release is rapidly approaching.

The production stars Grant Williams as Robert “Scott” Carey. Grant Williams appeared in a few other movies and TV shows, but is most widely known for playing Scott Carey.

In the same vein as Grant Williams, his co-star Randy Stuart is also best known for this film. Afterward, she only appeared in one more, 1958’s “Man from God’s Country.”

Interestingly, the film’s source, Richard Matheson’s book “The Shrinking Man,” was published while this was already in production. In fact, Matheson wrote this movie’s original screenplay. However, the screenplay was revised and his flashback structure was discarded. Matheson wrote many stories later adapted into movies, including “Hell House,” “I Am Legend,” and “What Dreams May Come.”

The book differs significantly from the film, most importantly in the book’s even darker tone. Think of the worst things that could happen to a shrinking person (or a shrinking person could do) and the book depicts them. For instance, various animals attack Scott including a black widow spider, a house cat, and a sparrow. Three teenagers assault him. A pedophile, thinking Scott is a young boy, attempts to molest him. Scott lusts after an under-aged babysitter and is deeply ashamed when he is caught spying. Etc.

In that respect, it’s nearly the opposite of what I feel most shrinking fans would like to read about.

Additionally, I want to take a moment now and point out that in both the book and film, Louise Carey is a saint! In the book, Scott is consumed by self-pity and believes that he should no longer have sex with his wife. Louise says “We could work it out,” but he angrily rebukes her. Later, Scott expresses his intentions to spend the night with a woman named Clarice, a midget employed in a circus sideshow, and his wife tearfully acquiesces. She continually supports her husband. In the film, after believing that their cat killed him, she feels intense guilt for not being there when her husband needed her. She believes that he died and never learns the truth that he survived! All in all, she’s way too good for him. 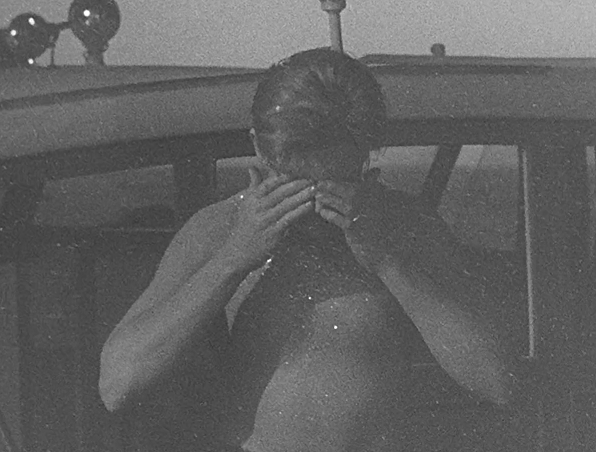 Back to the movie’s plot, Scott, who normally stands a bit over six foot tall, is exposed to a radioactive cloud while vacationing on a boat with his wife. This exposure, combined with Scott’s accidental exposure to a insecticide, makes for a unique combination causing him to begin slowly shrinking.

The special effects were impressive. Numerous props and enlarged sets were effectively used. 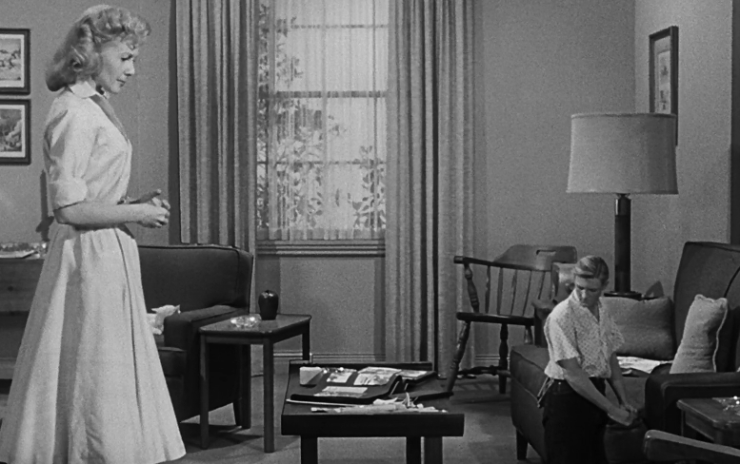 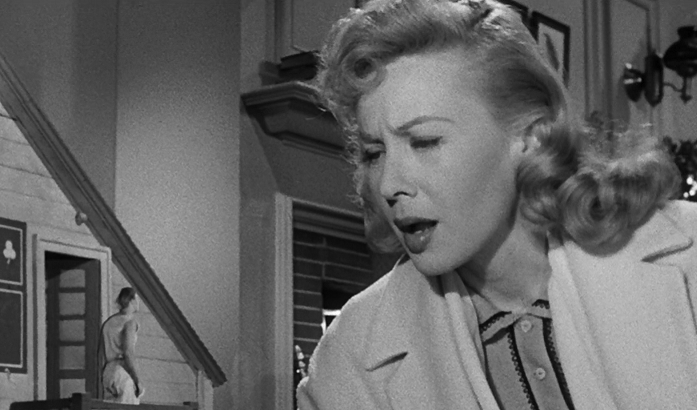 Although, there is no interaction between the shrinking man and normal-sized folks. For example, no one picks him up. Additionally, some of the effects resulted in Scott becoming transparent, as seen below:

Returning to the film’s narrative, eventually the family cat is accidentally let inside and attempts to eat Scott while Louise is gone. She returns and is unable to find her husband, but instead discovers a bloody piece of clothing and assumes the worst. However Scott lives on in the basement and after some adventures he shrinks small enough to leave through a window screen. The film ends on a hopeful note, while he is still shrinking, Scott notes that “There is no zero” to God.

It could be argued that the finale provided a character arc for Scott. Insomuch as he learned a lesson that regardless of a person’s size they are important. That is to say, “There is no zero” to God. It’s a sentiment which I support. But, in my opinion, a bit of dialogue makes for sparse character development and I would have appreciated more. 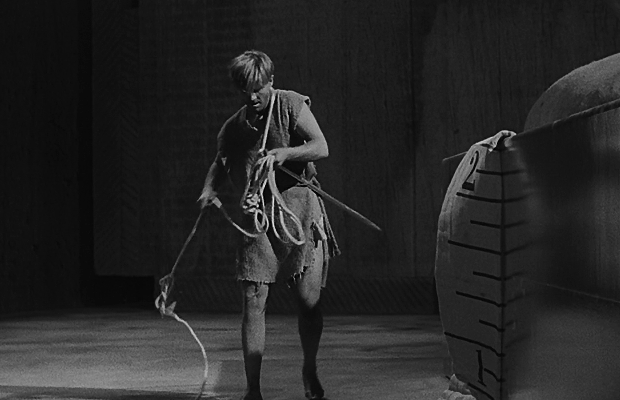 Scott Carey Doesn’t Get It

Additionally, DrCreep on DeviantArt created a lengthy sequence of related CGI images. DrCreep’s work hews closer to the book than the movie itself. However, he also added scenes of an explicit nature, detailing Scott performing his husbandly duties, which you certainly won’t find in either the book or the film. You can find them at the following link: https://www.deviantart.com/drcreep/gallery/34271167/incredible-shrinking-man