Hiroya Oku (pictured below) also created GANTZ, Hen, and Inuyashiki, among other manga. Of those, perhaps GANTZ is his most well-known. The plot of GANTZ concerns dead people who are resurrected and fight aliens. The property has been made into anime, films, a novel, and a video game.

Of those, I’ve only seen the 2016 CGI film “GANTZ:O.” However, I enjoyed GANTZ:O and recommend it. (I watched that on Netflix Japan, so readers maybe able to find it on Netflix in their own countries.)

GIGANT’s protagonist is Rei Yokoyamada, a high school student. He picks up an adult DVD featuring the busty Papiko that was delivered to a convenience store. (SIDE NOTE: The DVD cost 5330円, equivalent to a bit over $49 in October 2019, so it wasn’t cheap.) He has ambitions to become a film director and while out and about he learns that Papiko lives on a particular street.

Rei returns at a later time and removes all the posters. There he encounters Papiko herself! She wants to reward Rei for removing those slut-shaming posters and takes him out for dinner. At the restaurant, we learn that Papiko’s real name is Chiho Johansson, and that her father was Swedish while her mother was Japanese. It’s also disclosed that Rei is only 16 years old, which becomes an issue in later issues (beyond episode nine) when they begin a romantic relationship as Papiko is in her 20s.

However, I’m getting ahead of myself, as the romance does not begin until after episode nine. (Their relationship also involves Rei inconsolably crying in a public setting until Papiko agrees to date him. *Sigh*)

Many references were made to various Japanese companies with their respective names slightly altered. For example, Rei’s father is a film producer at “Tojo,” presumably a reference to Toho Studios, creators of Godzilla and associated monsters. Additionally, Papiko wears a “Umiqlo” t-shirt referencing clothing store Uniqlo. A “Sontory” vending machine is seen at one point referencing Suntory beverages. These and other examples are found throughout.

(NOTE: Hiroya’s GANTZ was also referenced multiple times in this manga. Papiko wore a GANTZ baseball hat. At one point Rei reads a tweet from a guy who had been playing GANTZ-themed Pachinko. Pachinko is a mechanical game most often used for gambling.)

Papiko comes across an old man who has just been struck by a car. Before the elderly fellow “dies,” he places a strange device on her wrist. (I put “dies” in quotes because he turned into a doll afterward.) Later, we learn that the man was from the future and that he had a video disc, of himself walking around, which holds 168 hours of footage in 1080p resolution. (It must utilize some impressive data compression! Also, surprisingly, a Playstation 4 can play the disc without issues.  😉  ) 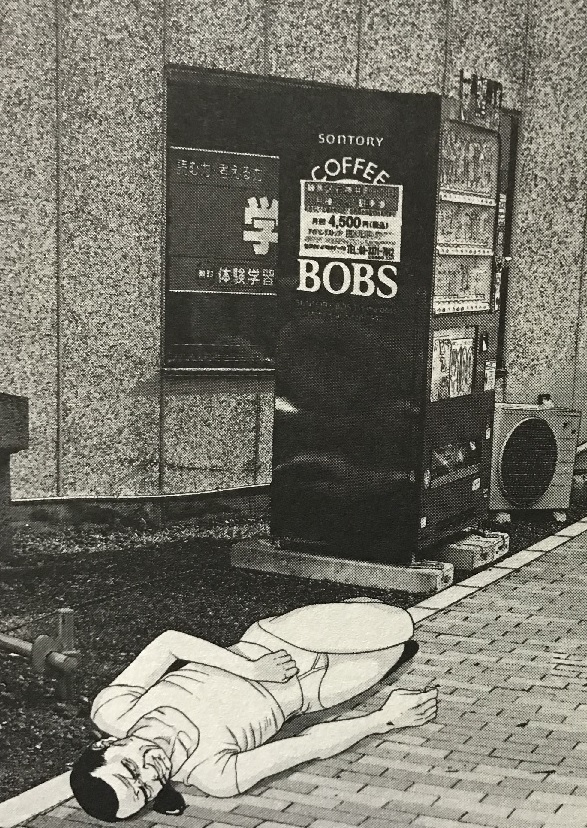 In short order, Papiko learns that the device permanently pressed upon her can alter her size! 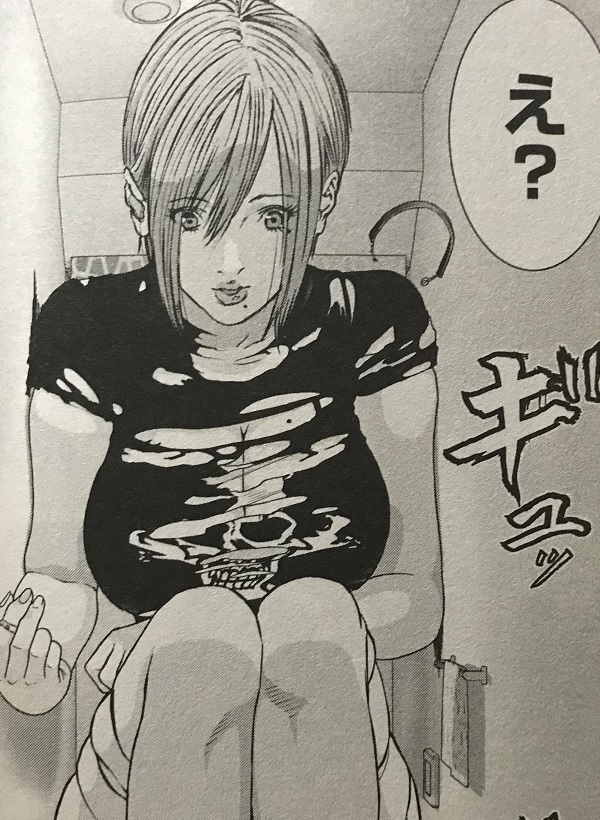 Her adult film producer is quick to take advantage of this super power.

In episode nine, a supernatural (or ultra-high technology) threat appears in the form of a web site called “enjoy the end.” The site lists several incredible events that people vote on. Whatever receives the most votes becomes reality (somehow). This is demonstrated by a literal shit storm occurring over the Kanto plain as human excrement falls from the clouds and lands on people. The episode ends on a darker note as an earthquake, courtesy of the mysterious site, strikes the area.

Overall, I enjoyed this manga. Peeking ahead, I see that Papiko reaches ever greater heights and becomes a super hero of sorts. (Although, in a true to life turn, she is initially arrested.) Potential readers should expect that the romance between the two main characters is more akin to juvenile fantasy than reality. However, as I previously stated, there was an acknowledgement that the romance had its problems. Further, the upcoming inevitable conflict with “enjoy the end” offers the potential for exciting action scenes in the future.

I intend to review more GIGANT volumes soon. (Four compiled trade paperbacks, called tankobon, have been released as of October 2019.)

Reportedly, GIGANT will debut in English, courtesy of Seven Seas Entertainment, in March 2020. (I’m curious how they address the statutory rape aspect when they translate this for Western audiences.)

14 thoughts on “Hiroya Oku’s Manga “GIGANT,” Episodes One through Nine”